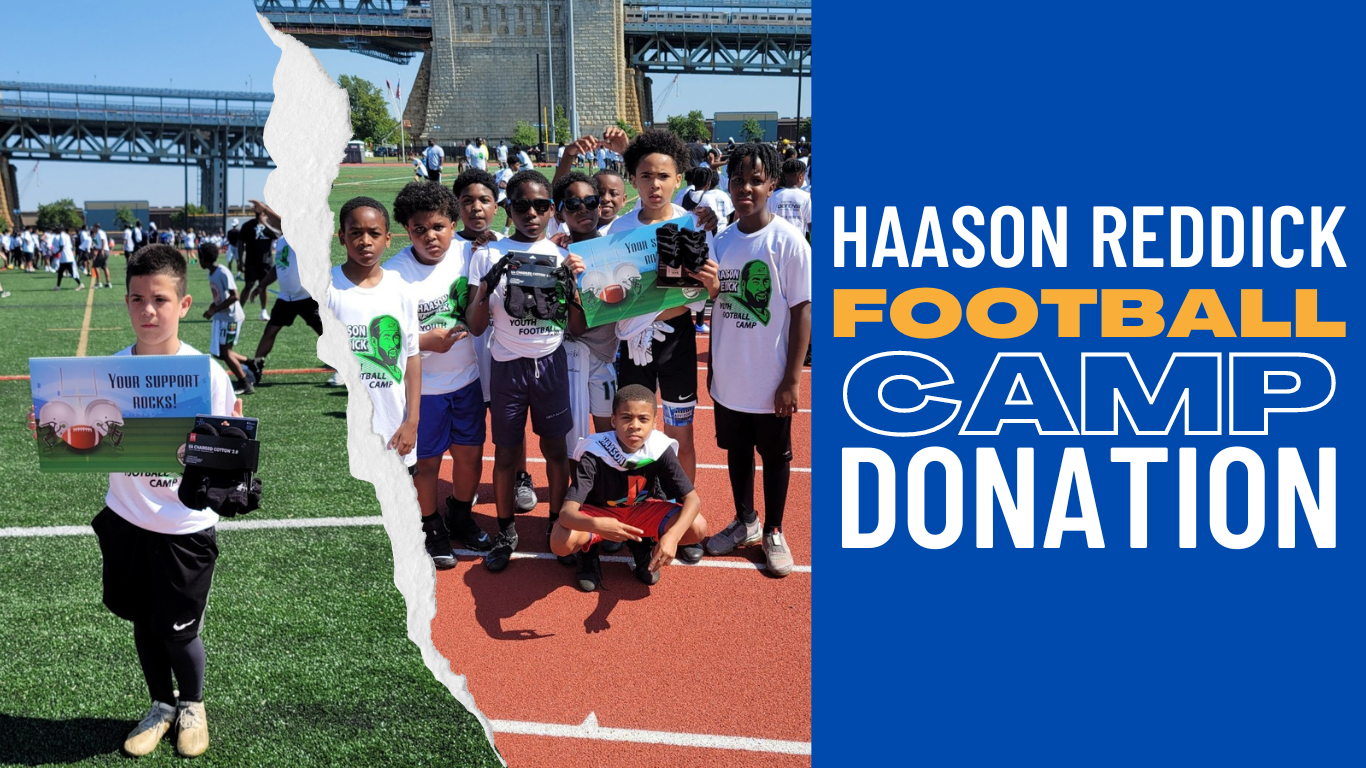 Ron Jaworki’s Foundation, Jaws Youth Playbook donated Under Armour socks and provided refreshments to hundreds of kids who attended the Haason Reddick Football Camp in July.  Haason Reddick, a new Philadelphia Eagle who signed a three-year deal in March 2022, brought a football camp available to kids of all ages in his hometown of Camden, New Jersey.  Haason began as a walk-on at Temple University and worked his way to become the 17th overall draft pick in 2017.  Haason has hosted many youth football camps over the years and is very charitable to his roots in Camden.  Just last December, he also donated $15,000 in toys to over 200 families in Camden.  Jaw Youth Playbook is proud to align with great athletes who strive to make an impact to the youth in our communities.