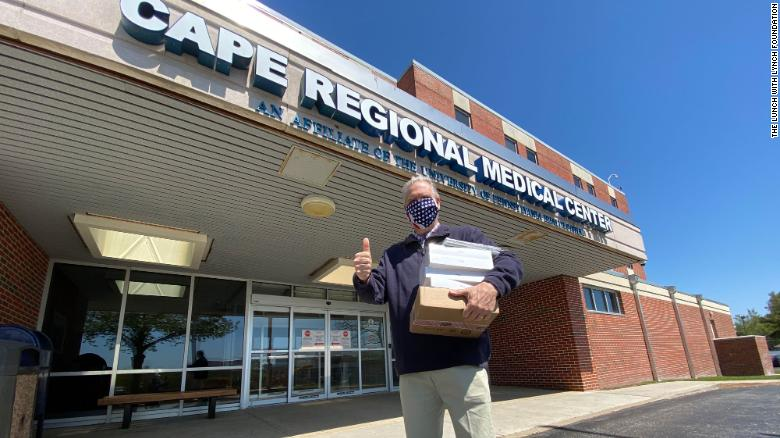 When Ron & Liz Jaworski heard about long-time JYP supporter, John Lynch, and his efforts to secure iPads for patients at Cape Regional Medical Center, they wanted to help.  JYP purchased iPads for patients to communicate with their loved ones during these unusual circumstances of COVID-19 while visitations are not permitted.  John’s Operation Connection – The iPad Project caught National attention from CNN and was featured on Chris Cuomo PrimeTime.  Over 140 iPads have been donated and John has reached his goal of shipping an iPad to a hospital or nursing home in all 50 states.  The project launched in his father’s honor in April 2020 after he said his final good-bye via FaceTime on an iPad.

DONATE
Thanks for subscribing!